Alt-Mario Kart 1993: The Year of Prestige

The place for non-canon series, including all series that contain minimal or no references at all to the RWRS universe

Alt-Mario Kart 1993: The Year of Prestige 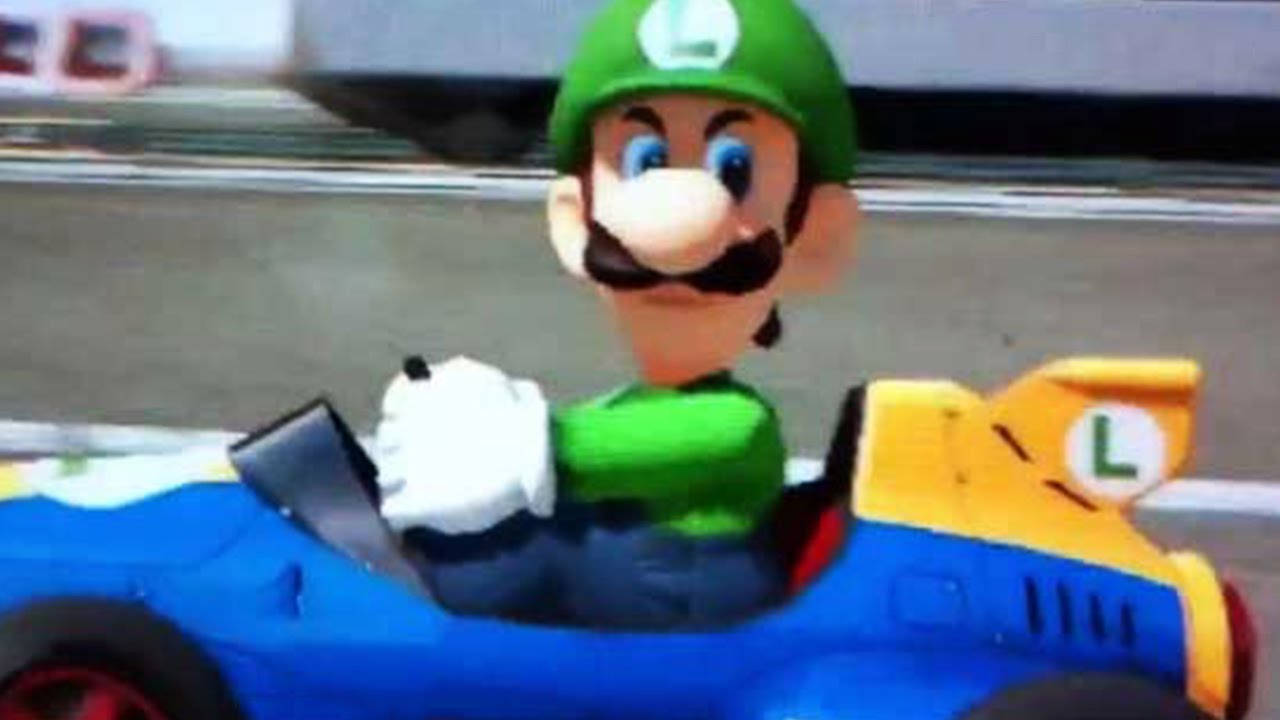 Welcome back to another glorious year of alt-Mario Kart, the mad series that threatens to end us all. After a climactic season, it was a straight fight between the business magnate Mario family and the Koopa royalty for the championship. Mario himself being hopeless, it was up to his brother Luigi to take the crown at the final round. With the first season in the bag, it’s time to get going for another one. This will be Wario’s first full season, and rumours are that Daisy, another member of royalty (which one, who knows?) also desires to participate. As the fame of the series grows throughout the Mushroom Kingdom, is the prestigious class of Mario Kart threatened? Can Mario Kart afford to open up to the upper-middle classes?


1993 rule changes
- Lakitu (the camera car) will now be forced to fully fuel for each race, thus reducing the risk of a red-flag situation.

- Wario Jumpman, and any other future customer car, will not be able to influence engine or tyre development. Therefore, they will receive only five development tokens due to their reduced status (and the fact that they will benefit from those engine and tyre developments anyway).

- Going into the season, any car with fewer than 16 attribute points will be declared too slow and unfit for the 1993 rules. All those drivers will be assigned a standard SMK/93, which will have a standard 2-2-x-x-2-2-2-2 stats.

- Any team with a car holding 16+ attributes may choose whether to swap for the standard SMK/93 chassis or to continue with their current car entered as an SMK/92B If they take the SMK/93, they don’t have to pay anything. HOWEVER:
o To enter an SMK/92B, the drivers must be able to prove that their car is safe. To do this, they need to spend, in tokens, the difference between their current car level and the 16-attribute car level. Therefore, if a car has 24 points, that driver must spend 8 tokens to keep it for 1993.
o Obviously, if a driver doesn’t have the tokens, they must ditch their unsafe kart and take a standard SMK/93. The good part is that they don’t have to spend any tokens to keep what they have if that’s what they want.
o After, and only after, the assigning of karts, will the standard 8 development points be handed out in the run-up to 1993.

- Engine and tyres will suffer no depreciation. Their stats remain as they were at the end of 1992.


Current entries so far are:


If you’re interested in joining (or you want to quit), put up a post and I’ll confirm it. Pinkd56 is at the front of the queue for joining, as has been noted. They are free to take Daisy, who will debut this season. Anyone else is free to suggest drivers, and we can work out how to rope them into alt-Mario Kart

by Rob Dylan 30 Oct 2021, 23:51
1993 welcomes its newest participant. Coming from the kingdom of Sarasaland, famously liberated in 1989 by Mario Mario himself, Princess Daisy (with whom I guess Mario's lost interest with by this point

) joins the Mario Kart Circuit for this season. Pinkd56 will be running the new customer entry alongside her friend Peach Toadstool, with Peachelin tyres and Yoshimitsu engines.

Like Wario Jumpman, Daisy will not be able to contribute to development of the engines or tyres she has been provided. Along with this, she will operate at a reduced development rate (6 tokens instead of the usual 8).

by Rob Dylan 02 Nov 2021, 22:54
With all the car types confirmed, I hereby declare that the pre-season development is open for 1993! I am to race the Mushroom Cup this coming Tuesday, so make sure you do your development more than five minutes before then

As with every session, you have a maximum of 16 spendable points in one go.

And here's where you spend them

by Butterfox 03 Nov 2021, 12:57
Gonna spend last token on Aero, just letting Luigi know the development war is on!
I don't know what i want and i want it now!

by Hermann95 03 Nov 2021, 14:10
Bowser would like to get 2 upgrades each, in Aero, Grip and Setup. After those we'll evaluate and spend more. Pls. tag me on Discord when the upgrades are run, if possible.

James Hunt, commentating on the 1991 German Grand Prix wrote:The Benettons looking very smart together on the track, mostly because they're both going so slowly.

by Rob Dylan 07 Nov 2021, 13:15
The calendar has been confirmed. No Mushroom Kingdom circuits were removed, but three Koopa Land circuits were. Some are blaming it on meddling from the Mario Brothers in attempting to influence the calendar in their favour. After all, Bowser especially did incredibly well at his home races, and it is thought that with fewer home races, the advantage will have moved.

There has also been rather angry mutterings from their opponents that the Mario Brothers have purposefully bent the rules against the sporting code to benefit Luigi Mario going into 1993. During the off-season, Mario Mario has used all his development time to build up the Marioserati engines and Pirelluigi tyres instead of his own chassis, thus greatly aiding his brother Luigi's upcoming championship defence. Of course, nothing in the rules prevents this, but at the drivers' tests Luigi was forced to defend his brothers actions.

The crowd murmured agreement to this and seemed content. Mario Mario, who had not been consulted pre-briefing, was furious and kicked a table on his way out of the conference.

Despite losing some stats in the off-season, Yoshi went into the 1993 season absolutely guns-blazing. Three poles in four races, and a front row start in the other one, he used those fantastic grid positions to dominate the Mushroom Cup and take his first cup win.

There was some incredible pace from Wario and Daisy, our new drivers. While they weren't consistent, their pace was absolutely great. LUIGI MARIO #1 had pace too, and remains a contender for the championship in spite of some uncharacteristic mistakes in the first few races. It seems he and Bowser swapped cars, with Bowser being way more consistent than usual.

Mario ended his record run of 10 consecutive retirements and 11 consecutive pointless finishes with a mighty 4th place. D.K. Jr.'s pace seems to have come from nowhere, and it remains to be seen whether it was simple fluke or genuine speed for the rest of the season.

See you next week for the Flower Cup!

by Butterfox 09 Nov 2021, 20:56
Peach will spend
3x on the Peachelin tyres, we hope Mitsuyoshi will take care of their side of the garage with the engines, though they can do it on their pace.
2x grip
I don't know what i want and i want it now!

This should be a total of 14 Tokens.

James Hunt, commentating on the 1991 German Grand Prix wrote:The Benettons looking very smart together on the track, mostly because they're both going so slowly.

by This Could Be You 16 Nov 2021, 15:34
Equipe Luigier will spend 2 tokens on Grip, 2 tokens on Setup and one token each on Aero and Qualifying
Your Signature Here

by Butterfox 17 Nov 2021, 13:39
Peachific : whatever many attempts is needed to max the tyres and grip, if by miracle i have tokens left, put that on setup.
I don't know what i want and i want it now!

Users browsing this forum: No registered users and 1 guest